Courtesy of NASA and the Science and Technology Facilities Council, pupils at St Cedd's School were recently given the chance to examine rare samples that were collected by astronauts in the six Apollo missions that successfully landed on the Moon between 1969 and 1972.

After a successful and very confidential application a year ago, followed by a security check, interview and contracts, pupils from the Pre-School to Year 6 enjoyed an unforgettable week of lessons where they were given the chance to study samples of Moon rocks and investigate meteorites and impactites. Most of the samples collected are for use by scientists, but small quantities have been placed into protective acrylic disks that pupils can handle safely.

Over the course of the week, there was much excitement about the weight and size of some of the samples, including the large Campo del Cielo iron meteorite. Pupils thoroughly enjoyed investigating a range of rocks, examining them with hand lenses, magnaprobes and USB microscopes to carefully observe their properties. Then, they used their observations and a dichotomous key to accurately identify their samples.

Mrs Royal-Clark, Head of Science at St Cedd's School on New London Road in Chelmsford, says: "It was a truly inspiring week with pupils reaching for the stars and learning more about our solar system in an interactive way! Only twelve men have had the chance to walk on the Moon with Neil Armstrong and Buzz Aldrin taking the first steps on 20 July 1969. Excitingly, all pupils at St Cedd's School have had the amazing opportunity to feel part of this as they were able to hold rocks and soil from the Moon's surface!" 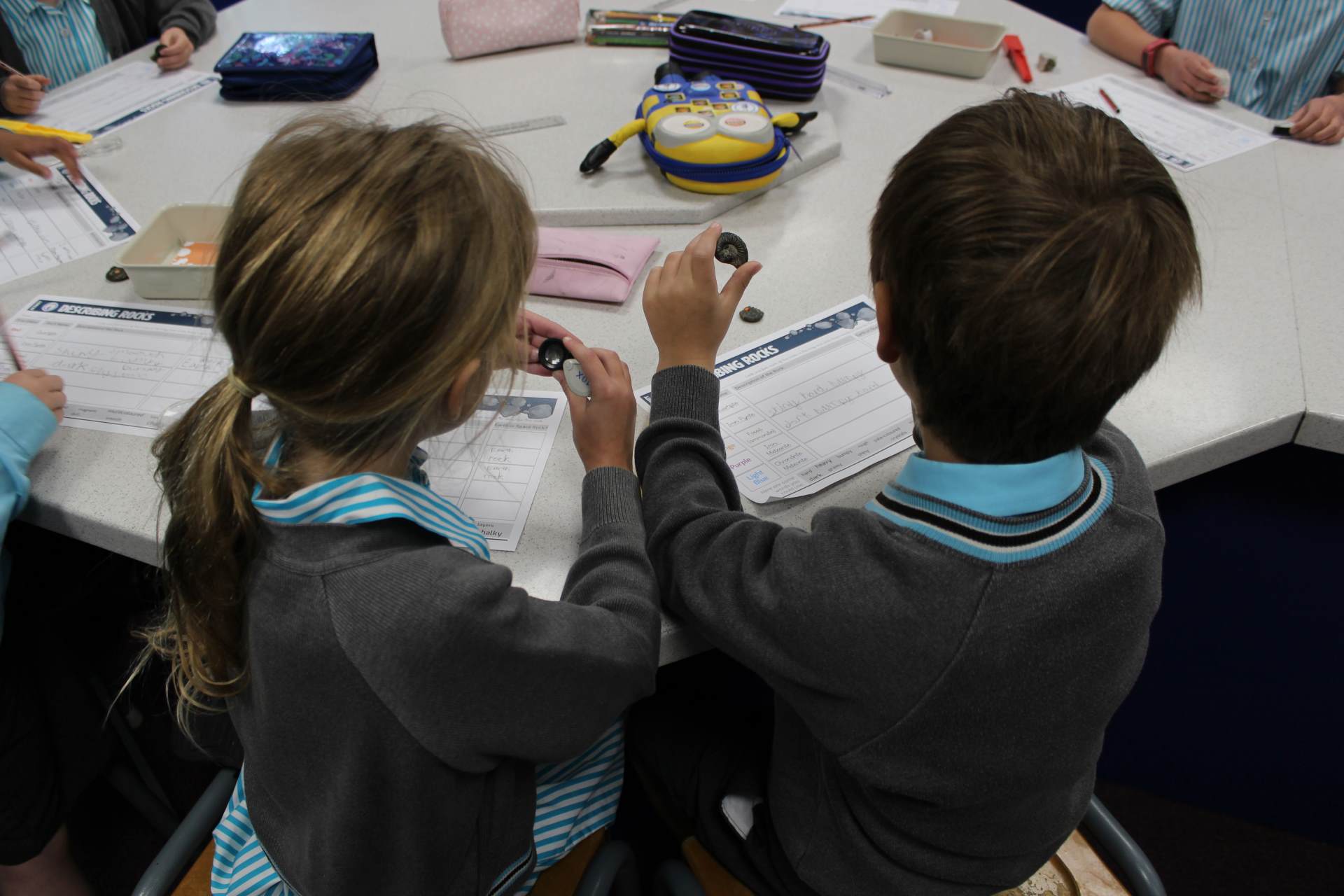